How to Spot Cataracts in Very Young Children

Cataracts are usually associated with older people, and indeed it's the elderly who are most at risk of developing this eye condition. But that doesn't mean that people of other ages don't develop cataracts sometimes.

Even very young children can have cataracts—a condition known as congenital or infantile cataracts. It can be difficult to tell, especially if the child is too young to tell you about visual problems. This puts them at risk of developing serious sight problems, so it's important to be aware of any signs of cataracts.

Look out for any of these signs, and take your child for an eye test if you're concerned about cataracts.

The condition known as squint, where the eyes point in different directions, is quite common among children. There are various causes, and one of them is cataracts. The causes of the condition are usually treatable, but you should take your child to an optometrist quickly if they have a squint.

Even if your child can't tell you about their struggle to see properly, you might pick up on signs that they're having difficulty. Perhaps the child will struggle to locate or recognise objects, or they might find it hard to recognise faces. Look out for anything that suggests difficulty seeing well, as cataracts are a common cause.

Nystagmus is sometimes called wobbling eyes, which describes what it looks like. It's characterised by fast, random eye movements and will probably have you rushing your child to a doctor if you see it as it can be quite alarming. Cataracts are one of the things that can lead to this problem.

Cataracts make the eyes feel more sensitive to light, so look out for your child squinting or shielding their face when they're in bright environments. As an instinctive reaction to the discomfort, it can be quite telling, but this isn't always easy to spot.

When you take a flash photograph of someone, you'll often get the red-eye effect if they're looking directly at the camera. Cataracts can make this white instead of red, which is a dead giveaway.

With cataracts being a clouding of the eye's natural lens, you might be able to see it if you look closely at your child's eyes. While this should be noticed during the various health checks a child goes through, it's worth taking the time to look for yourself every so often, particularly if other signs have made you concerned. 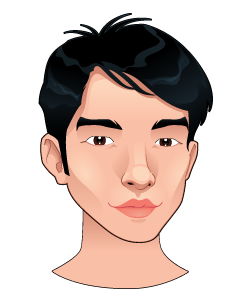 Hello! Welcome to my blog. My name is Karl and today I would like to introduce you to the subject of looking after your eyesight. For many years, I didn't give my eyes much thought. I always thought that my eyes would look after themselves. However, I got older, I noticed that I found it difficult to read signs at a distance and to make out friends faces as they approached me. My wife suggested that I visit an optometrist and have my eyes checked. I was fitted with glasses which have improved my vision. I hope you enjoy my blog.